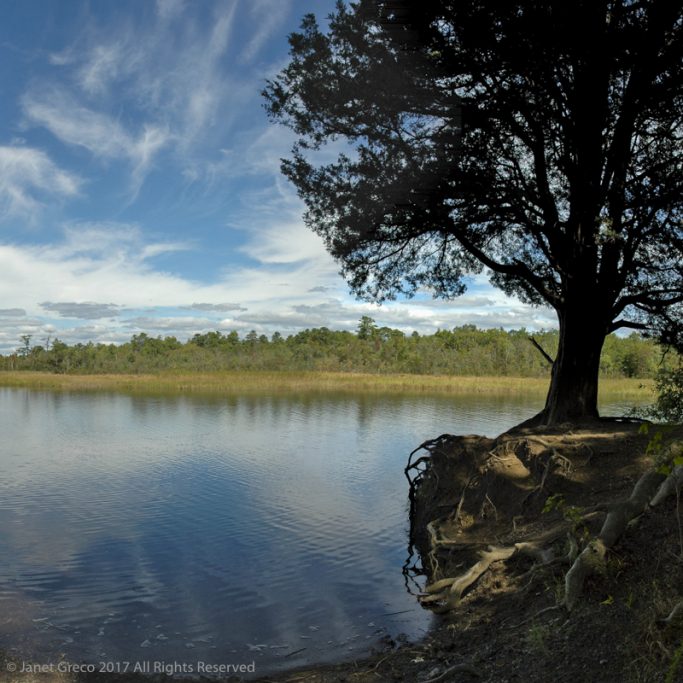 A spot in the woods, once the site of a former town, and now only trees, completely fascinates me. The images from this series were ​featured in the Sojournposse London Design Festival project "Aesthetics As a Means to Heal" in 2010. ​The one that stands apart is this ​panoramic image of Belcoville, which is part of a ​"spiritual documentary´" project I have been working on for years, focused on the NJ Pine Barrens, its ghost towns and graveyards.

It was selected by for the new Atlanticare Regional Medical Center that opened in 2007 on the boardwalk, right next to Caesar´s Palace.

​It is a digitally stitched panorama shot in the ghost town of Belcoville, located in south New Jersey not far from the gambling town of Atlantic City, once famous for its boardwalk and old time piers. ​

​​Atlanticare had asked local artists to submit proposals on the theme for the building, ¨harmony through nature¨. Artwork was required for a new seven-story patient care tower, a new emergency room entrance, a state of the art imaging center, an intensive care unit and three stories of in-patient bedrooms.

In the end around 20 of my pictures were selected, almost all of them calming seashore images of water, sand, waves and jetties. I took most of the selected images while out walking the dog on the beach, so for me, just casual images catching the mood of the beach on any given day.

A very large number of them ended up in the emergency ward, so I hope you never get to see them.