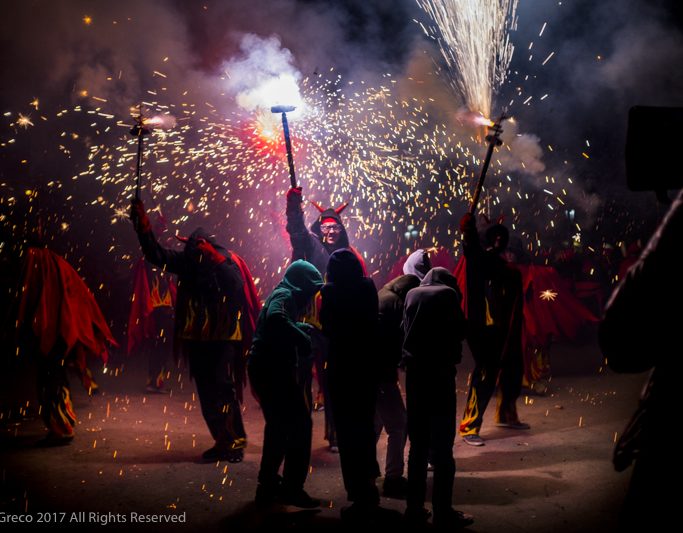 This series of images from Sa Pobla de Gràcia was shot in Barcelona on 30th January 2016.

Sa Pobla de Gràcia celebrates a tradition that dates back to the 14th century. La Festa dels Foguerons de Sant Antoni (Feast of Saint Anthony) is a festival that is celebrated spectacularly in the town of Sa Pobla, on the Mediterranean island of Mallorca. This fiery festival has two main themes: St Anthony’s triumph over the temptations of the devil and the blessing of animals. 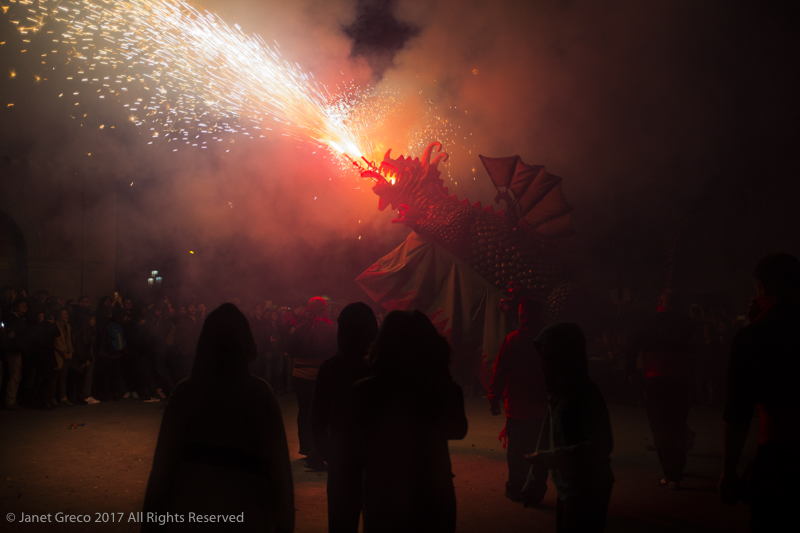 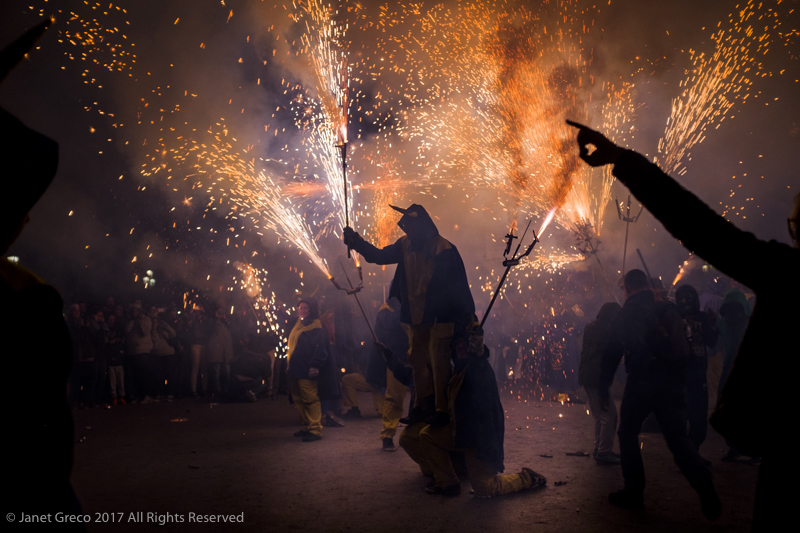 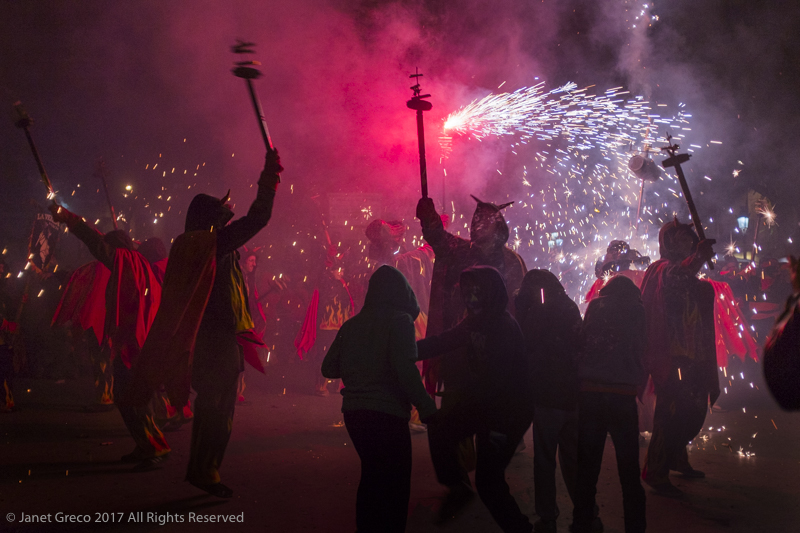 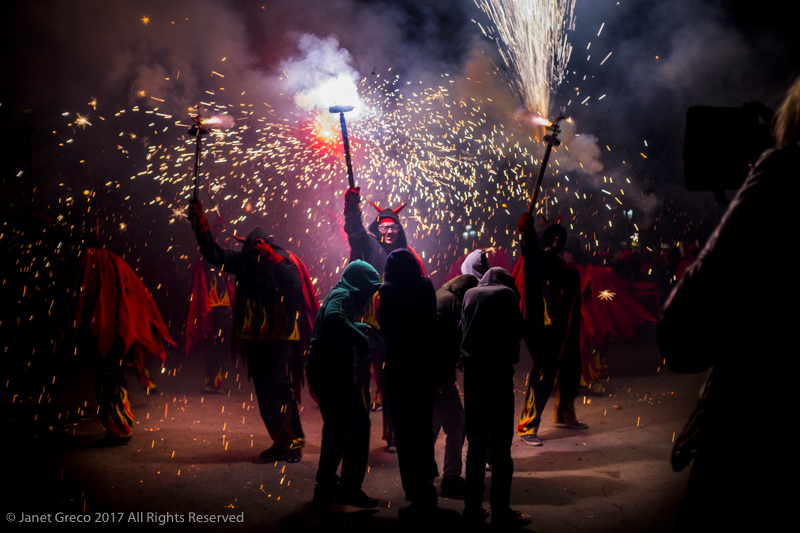 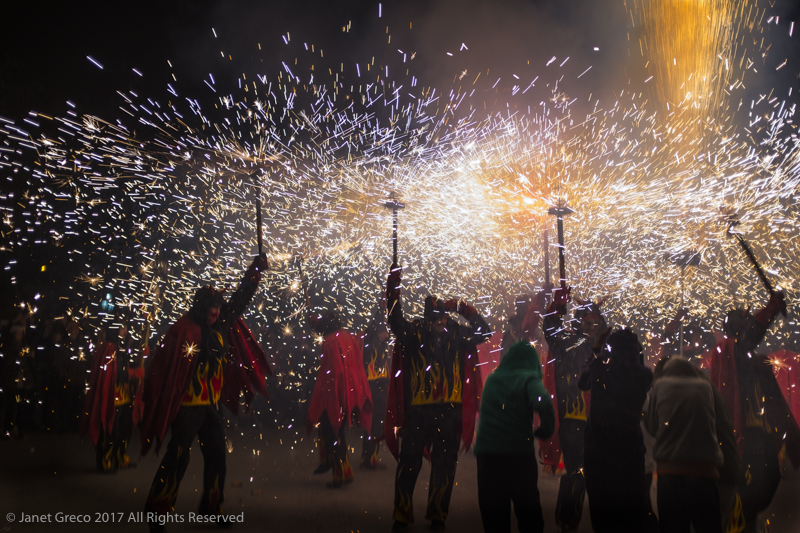 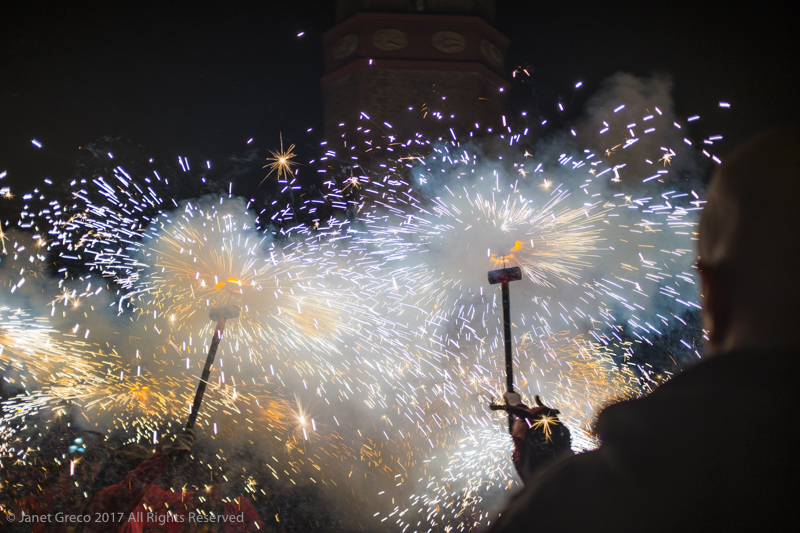 This fiesta has its roots in the agrarian society of the Balearic islands, when farmers would put themselves in the hands of Saint Anthony to obtain protection for the animals and their harvests. It takes place after the winter solstice on 17th of January. In 1992, a resident of Sa Pobla, Antoni Torrens, brought the festival to Barcelona, where it is celebrated in the neighborhood of Gràcia  at the end of January.

The fire symbolizes the sunlight and the dawn: a renaissance of the sun which gives light to the land and a triumph of light over dark owing to the fact that they days are getting longer and longer after the winter solstice. The bonfires in these celebrations signify purification and the renovation of life – the triumph of good over bad.

In the local language of Catalan, they say “per Nadal una pass de pardal” which means, after Christmas the days get shorter, as in the footsteps of a little bird. By by the time of the Feast day of Saint Anthony, “Per Sant Antoni una pass de demoni” (by then the demon has longer steps).

So, the demons represent temptation and sin. Sant Antoni responded to these seductions with prayer and discipline and that is why he always overcame the triumph of the demons. The ‘Dance of the Demons’ therefore symbolizes the frequent tempting of St Antony by the Devil. The next day is more serious, and after a holy mass, animals will receive the saint’s blessing.

These photos mark a continuing fascination for the authentic customs and fiestas of the Balearic islands. Below is an image of the bonfire shot in Mallorca in the town of Selva in 2013.