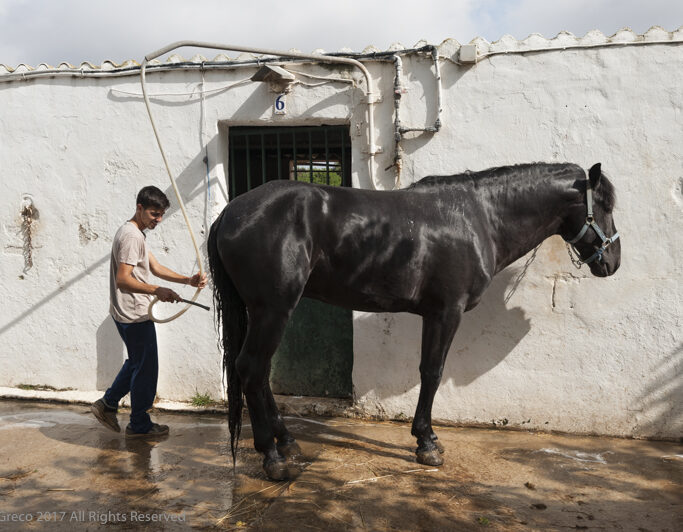 The island of Menorca is more generally known to the British as a popular holiday destination famous for its pristine beaches, safe and natural environment.

But is also an amazing place to live year round – especially if you are a lover of horses. Looking for property with a view? Click here.

Once a British possession in the 18th Century, the Spanish Balearic island of Menorca has a magnificent breed of horse that is native to the island, known as the “Pura Raza Menorquina” or Purebred Menorca Horse.

This local breed is a superb example of the Baroque type of riding horse. These stunning horses impress audiences at displays of “Doma Menorquina”, a Menorcan variant of the equestrian tradition of mainland Spain. And of course, they are also the protagonists of the amazing equestrian fiestas of Menorca, which take place all summer long.

Fiestas characterise the cycle of life and traditions of the island of  Menorca and preparations take place throughout the year.

Fiestas take place in each of Menorca’s towns throughout the summer,  ending in September. They start in June during the summer solstice, in the  town of Ciutadella de Menorca, with its rich aristocratic traditions and multitude of palaces.

The Feast of Saint John is celebrated all over Spain, but no where more spectacularly than in the town of Ciutadella de Menorca. 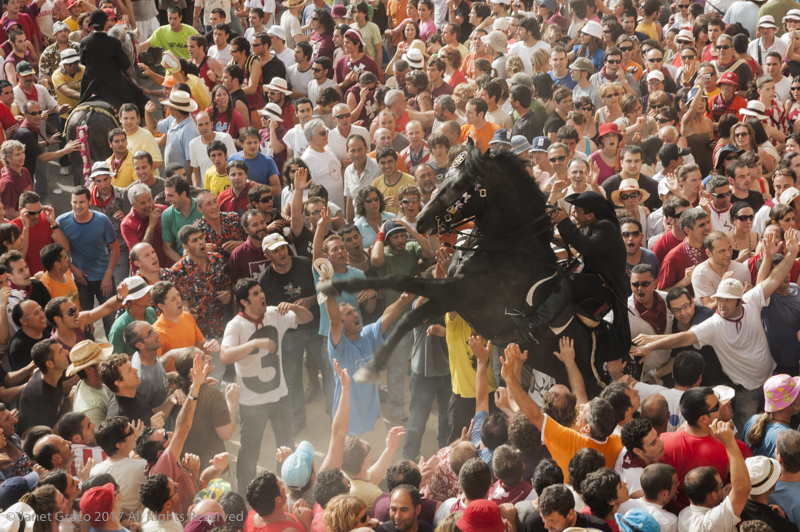 The fiestas in Ciutadella are an enigmatic event that has taken place for centuries, with its baffling peculiarities such as the Day of the Sheep, nocturnal street parties where the horses enter local houses, finishing off spectacularly with a series of Medieval Games.

On the Sunday before the fiesta officially begins, a local peasant, barefoot, dressed up like and carrying a live sheep, visits 120 selected houses in the town, along with his entourage.

There are bonfires, palaces, an important donkey and a hazelnut battle. These are the unforgettable images of the fiesta. Underlying the spectacle is a rich history, living remnants of a lost time, strictly observed social hierarchies, religious customs and a wealth preserved traditions.

Taking center stage are the magnificent horses of Menorca and their riders, with their ceremonial circuits around the city and countryside and the medieval games of jousting.  Experience the energy of an event that veers towards chaos and at the same time celebrates the locals’ complex and timeless devotion to its traditions.

For equestrians looking for an athletic, willing horse for dressage and general riding, the majority of Menorquin horses can be found on the island of Menorca, where the breeders’ association, the Associació de Criadors i Propietaris de Cavalls de Raça Menorquina, is located. This is the main point of contact for breeders who sell a Menorquin horse locally or internationally.

Enquire for further details about life in Menorca, just ask me.